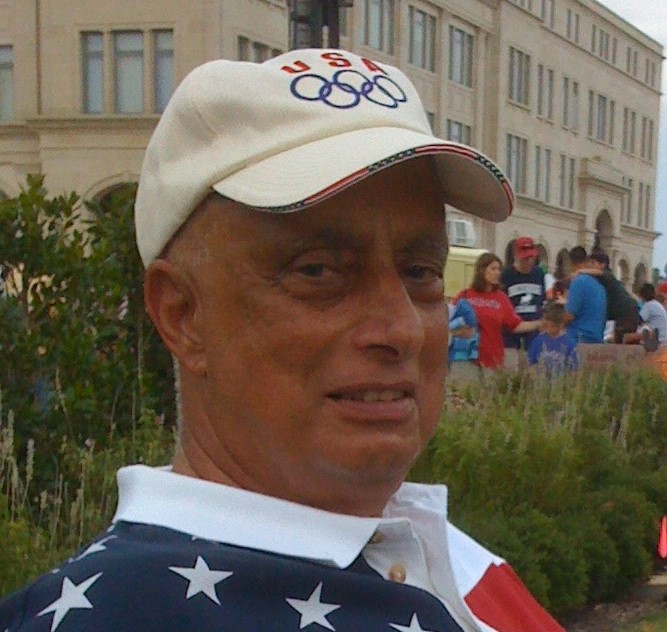 Frank Joseph Guidi, 78, Plano, TX, passed away unexpectedly on November 8, 2021. He passed from a severe head injury after a fall.

There will be a future memorial in Connecticut at St. Mary’s Catholic Church in the spring of 2022.

Frank’s proudest accomplishment was being a husband, father and grandfather. He was married to his wife, Pauline, for 54 years. Even through the loss of their son, Jeffrey, at the tender age of 14, they stood by, supported, and cherished one another whole heartedly. His children, Christina and Pamela looked up to their dad, learned all about cars from the moment they could walk, and cherished him even when he’d drive them crazy with a persistence of, “Did you check the oil in your car?”, cadence playing, and wet willies. Frank kept his sense of humor and passed his silly sayings to his granddaughters, Melany and Vanessa Gaudino of Plano, TX and grandsons, Zach and Aiden Guidi of Old Lyme, CT.

In addition, Frank aka “Bubba Guidi” found a second family at Honeywell where he spent 21 years as an incredible Principal Design Engineer. He loved working there and all his friends and colleagues. He often spoke of walking/biking White Rock Lake when he first moved to Plano in 1994.

Born in Flushing NY, Frank was a diehard Yankees fan and enjoyed any moment to bash the Red Sox. “Frankie”, according to his sister, led the charge with his siblings in placing the grey hairs on his mother’s head at a young age. He loved being an American and respected those who served and fought for our country. Frank’s favorite saying was something his father always said, “Mention my name, and you’ll get a good seat.” He enjoyed working on cars and “fixing” things so much that he readily shared his knowledge with his daughters, son-in-law, and grandchildren.  Even after surviving a few heart issues, he was a determined man to get up and live each day to its fullest.

Frank is predeceased by his father and mother, Guido and Teresa Guidi, sister, Angela, and son, Jeffrey. He is survived by his wife, Pauline, daughter Christina Gaudino, son-in-law Franco and their children Melany and Vanessa, daughter Pamela and her children Zachariah and Aiden, his sister Josephine Keller, brother-in-law Michael and goddaughter, Megan, her husband Michael and their sons Tyler and Nathan, and Angela’s children, Frances, Theresa, Matthew, Joanie, Richard and their families. In addition, he is survived by Pauline’s brother, Frank Nigrelli, his wife, Genevieve and their children. We cannot leave out his most special fur grandbaby, Lyla.