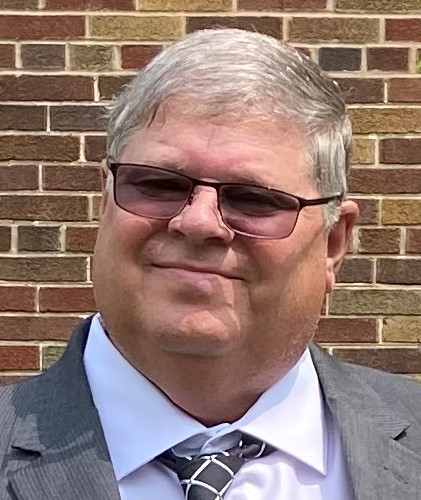 Patrick Michael Banks was born in 1955 in Oak Lawn, Illinois to Thomas and Elsie Banks.  After graduating from Oak Lawn High School in 1974, Patrick enlisted in the United States Navy and served mightily as a second-generation Machinist Mate, Petty Officer 2nd Class, protecting our country’s freedoms until 1980.  After serving abroad, Patrick returned with his family to the United States and worked as an Iron Worker having made his mark on some of the most iconic architectural structures in Chicago, IL including “The Terminal of Tomorrow” at Chicago O’Hare airport.

Patrick graduated from Moraine Valley Community College after working as an Iron Worker and began his career as a professional draftsman.  In 1997, Patrick joined Thrall Rail Car which was later purchased by Trinity Industries and most recently Arcosa.  Over his 23-year career in manufacturing, Patrick was responsible for the design and manufacturing of some of the most innovative technologies used today such as articulating auto-rack railcars and energy efficient wind towers.

Patrick’s contributions to industry and society can only be overshadowed by his contributions and dedication to his family.  Most of all, Patrick enjoyed the simple aspects of life being fulfilled by time spent with his Wife of 45 years, walking through the neighborhood hand-in-hand, cruises to celebrate a number of anniversaries, regularly scheduled trips together to Sam’s and Costco, and the occasional indulgence of an Italian Beef Sandwich.  On Father’s Day, you could find Patrick consistently driving the fairway alongside his son, later having opportunity to teach the game to multiple Grandsons.  Weekends and late nights of cheering on the Bears or Cubs could only be replaced by his dedication to his Grandson’s baseball games.  Patrick’s legacy forever embodies the true definition of a Husband, Father, Brother and Servant of the Lord.