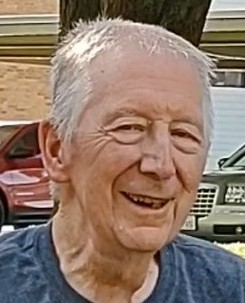 Edwin served in the Army from 1957 to 1960 and was stationed for one year in Greenland and spent the rest of his time stateside. He moved to Fort Worth after he was discharged from the Army in 1960 and married in 1962. He retired from General Motors in Arlington, TX in 2006 after 43 years of employment.

He is the oldest of 8 siblings and was known for helping others in their time of need.  He liked to tell corny jokes and it seems we all enjoyed hearing them. Edwin helped pick cotton at his uncle Ervin’s farm in Rosenberg, Tx from the age of about 6 years old until he was 12 years old. Edwin grew up around his German and Czech relatives who always had a batch of Kolaches to eat, which he enjoyed. Lots of stories from his childhood are of him pestering his siblings. He talked about him and his brother, David carrying water from the windmill and his dog named “Ring”. There are so many memorable stories, but the best memory is how he shared his faith in God by the way he lived his life.

Edwin is preceded in death by his siblings Dale Warren, Michael Warren, Steven Warren and Lila Goodwin, and his parents Lenora and Edwin Warren.

Your name will appear next to the candle you light.
Your condolence may need to be approved before it appears on this page. It may not appear immediately once submitted.